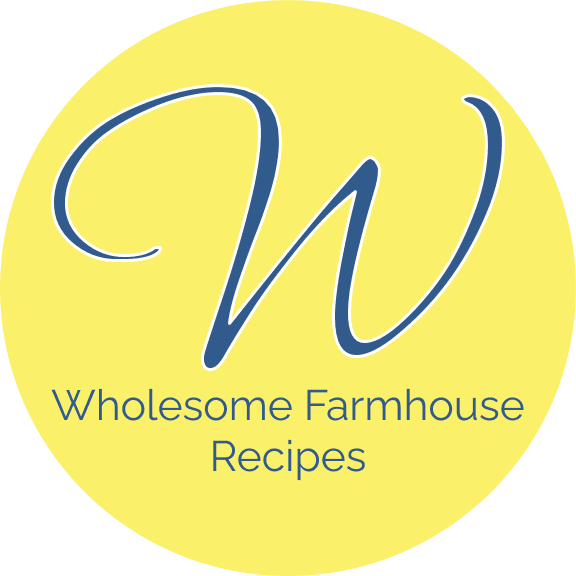 Fresh recipes from our plate to yours

How Long Does Bacon Grease Last? If you’re like me, you are a bacon lover. Not only is it delicious, but it’s also relatively healthy for you if you forget about the processing that happens to turn the pork into bacon. Each time you prepare bacon, a lot of fat remains in the pan. Did you know you can store it and use it later in baking or cooking?

Saving the bacon drippings and using it as grease in my cooking adds lots of flavor to my recipes. My grandmother always saved her bacon grease and used it in her dishes. For best results in your recipes, it is best to render the homemade bacon fat at low temperatures and properly store your homemade rendered fat for the ultimate freshness and taste in your cooking.

How Long Does Bacon Fat Last?

The short answer, when refrigerated, bacon fat will last three to six months. However, store it in the freezer and it will last indefinitely. However, bacon grease technically won’t spoil unless it is exposed to the elements. Therefore, if you like to use the bacon fat in your recipes, it is important to know how to tell when bacon grease is bad and know how to properly store it to last the longest. The shelf life of store-bought bacon grease is approximately two years. However, this is a rough estimate, and this product could last for months after the estimated date but can lose some of the fresh bacon taste.

How do You Store Leftover Bacon Grease?

Even though bacon grease is a long-lasting product, it will spoil over time like other fats, so it is important to learn how to properly store it for the longest shelf life.

To store bacon fat, let it cool so it is still warm enough to pour, but not too hot. Pour the liquid fat into a heatproof container using a fine mesh strainer. A coffee filter or cheesecloth would work as a strainer for this too. I usually pour mine into a wide mouth glass jar. This makes for easy pouring and easy spooning out of the solidified fat.

Make sure that you do not keep adding to the jar as the grease on the bottom is the oldest. You will want to use the oldest first. Therefore, use a new jar each time you save more fat. I like to label my jar with the date, so I know which one to use first. Generally, I have up to 5 jars of fat in my refrigerator at a time.

If you use a lot of fat in your recipes, go ahead, and use a special canister to store bacon grease that you can continue adding to. Just pour the bacon grease through the strainer, its easy. Just make sure every few months, you use it all up and clean out the container. Here are a few options for special grease containers.

I grew up with a grandmother who stored her bacon grease in a jar on the counter near the back of the stovetop. We have learned a few things about food safety since then and food safety experts do not recommend storing it that way now. Let’s find out how you should store it now.

Room Temperature on the Counter. If you use bacon grease quickly, storing it on the counter away from the heat of the stove in a covered glass jar may work just fine for you. It will last for approximately one month up to a couple of months. Pro Tip. Extend the life of the bacon grease shelf life. The fat will spoil faster if more light and air gets in. Therefore, use a dark colored container with a lid. Also, storing it in a cooler, dry place such as a pantry or cupboard will help extend the life of the grease.

Refrigerator. I store my homemade bacon grease in the fridge. It will last three to six months. Remember do not continue adding new fat to the mason jar. Use a new jar each time you store more fat. This will ensure that you are using the oldest fat first and the best taste quality.

Freezer. Store the grease in an airtight container in the freezer. It will last a long time, indefinitely. Just thaw when ready to use. However, if you store it in larger containers, it is harder to take out just a little and use it. Pro Tip. The best way to use just a bit at a time is to freeze it in an ice cube tray. Remove the cubes from the tray and place those in an airtight container. Then when you are ready to use it in your recipes, just remove one cube at a time.

Yes, like all fats, bacon grease will eventually go bad. Let’s look at the signs you should be on the lookout for to determine if yours if still good to use or if it has gone bad. If any bacon bits are left in the rendered fat, they will speed up the spoiling timeline.

Smell. Fresh bacon grease has that unmistakable familiar smell of bacon. However, once it is spoiled, it will have an unpleasant rancid odor from sour to rotten, or a fishy odor. Once it smells unpleasant at all, it is inedible. Toss it out.

Color. Once bacon grease cools it will become solidified, it should appear white or cream color. If you notice any discoloration either on top or throughout the grease, that means the fat has started to rot. The color changes could be slight or pronounced. Generally, you will begin to see a green or brown hue.

Check for Mold. If you see any signs of mold, the grease should not be consumed.

Texture. When bacon fat is strained before it is stored, it will have a smooth texture when it is in a semi-solid form. However, if the texture begins to feel slimy or sticky to the touch, it has begun to break down and at this stage, it is not safe to use. Make sure to throw it out.  Pro Tip. Use clean hands to check the texture as any germs on your hands can introduce bacteria which can cause mold.

Taste Test. The bacon grease should taste just as fresh as bacon. Once it has gone rancid, it will taste sour.  However, make sure to smell it, look for color changes, and check for mold and a change in texture rather than tasting it. Consuming just a small amount of this bacon fat could make you sick, so I recommend tasting being the last method of checking for rancid fat.

How to Use Bacon Grease

Cooking bacon is a delicious way to start your day, but what do you do with the bacon grease? It adds a deep rich and salty flavor to your foods.

Here are a few ways to use it up. Use it for cooking eggs, sauté vegetables, pan frying meats, pan-fried potatoes, skillet cornbread, buttermilk biscuits, pastas, and adding it to other recipes such as soups. Using this fat is a delicious addition to gravy to be served on mashed potatoes, a flaky biscuit, or toast.

How to Render Animal Fat

Bacon Grease is an animal fat that has been rendered. However, did you know that lard is also made from animal fat?

My grandmother made her own by placing the fat in a baking pan and baking it at a low heat temperature for hours and hours. The oven temperature was 275 degrees Fahrenheit and it would be a day long project. Pro Tip. Rendering the fat on a high heat will have lard take on the flavor of the fat. Low and slow means that the lard will be tasteless and odorless and perfect for use in just about any recipe, even use it in place of butter.

She would place a large piece of fat in the pan, as it melted, she would ladle out the fat and place it in containers for storage. Once all the fat was melted, she was done. This lard is a wonderful addition to frostings and flaky pie crusts among other wonderful uses.

With proper storage, this homemade lard can last a long time. 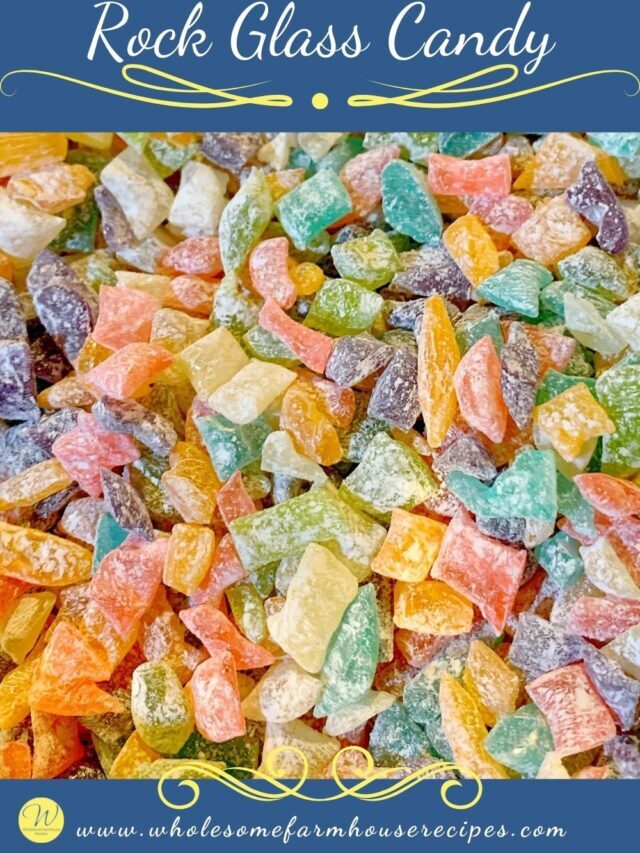 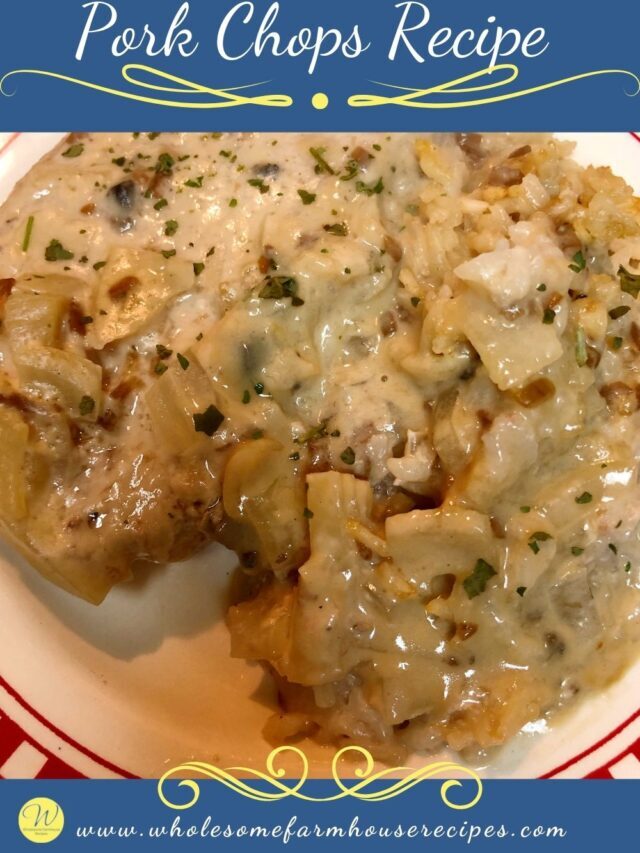 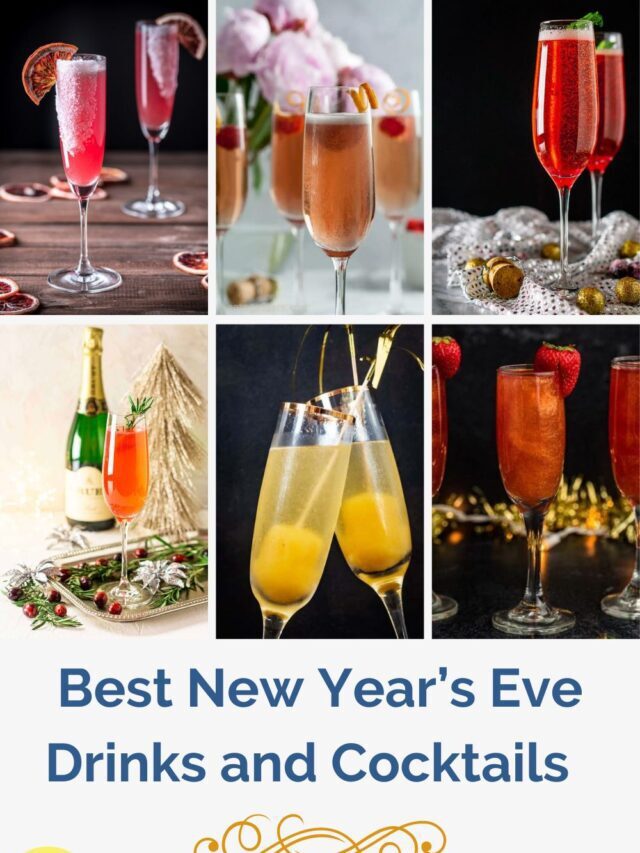 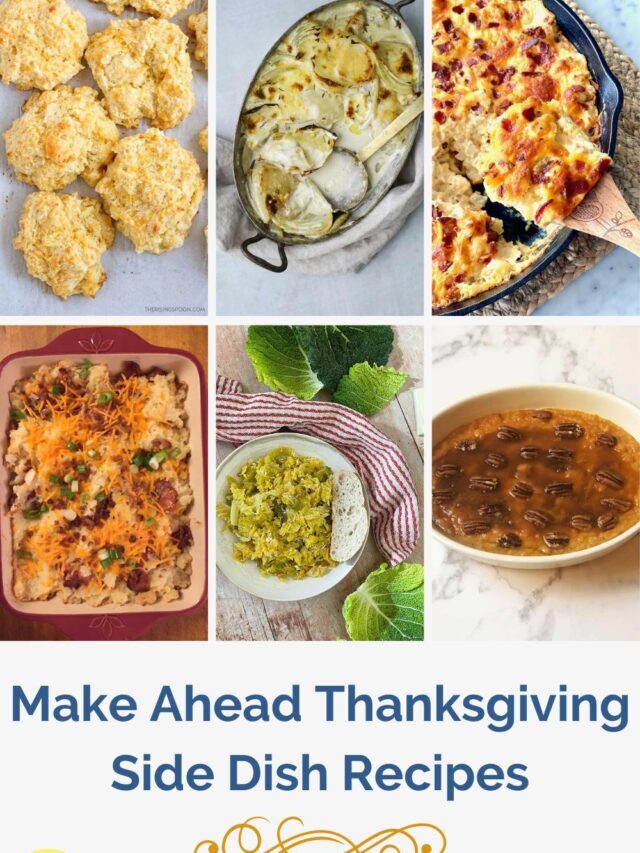 Make Ahead Side Dish Recipes 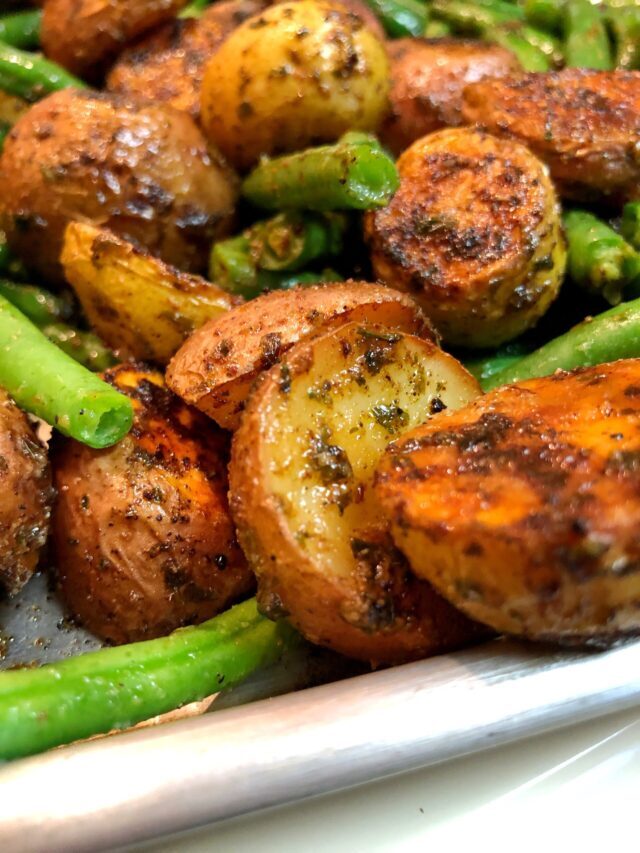 Sheet Pan Side Dish Recipe
We use cookies on our website to give you the most relevant experience by remembering your preferences and repeat visits. By clicking “Accept”, you consent to the use of ALL the cookies.
Cookie settingsACCEPT
Manage consent

This website uses cookies to improve your experience while you navigate through the website. Out of these, the cookies that are categorized as necessary are stored on your browser as they are essential for the working of basic functionalities of the website. We also use third-party cookies that help us analyze and understand how you use this website. These cookies will be stored in your browser only with your consent. You also have the option to opt-out of these cookies. But opting out of some of these cookies may affect your browsing experience.
Necessary Always Enabled
Necessary cookies are absolutely essential for the website to function properly. This category only includes cookies that ensures basic functionalities and security features of the website. These cookies do not store any personal information.
Non-necessary
Any cookies that may not be particularly necessary for the website to function and is used specifically to collect user personal data via analytics, ads, other embedded contents are termed as non-necessary cookies. It is mandatory to procure user consent prior to running these cookies on your website.
SAVE & ACCEPT
9 shares